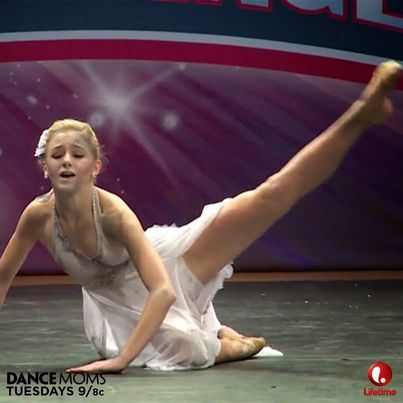 Every artist wants to make a difference. If someone doesn’t want that, they aren’t really an artist. They’re some weird larger than life combination of hairspray, slick moves and knowing just the right people. A strong breeze could blow them over because they don’t really stand for anything. Somewhere in the middle of rehearsals, driving to gigs, booking contracts and constantly doing far more logistical work than we ever envisioned, it is very easy to feel like anything but an artist.

That’s why it’s extra special when something you created seems to have a personal impact on the people affected by it. Royalty checks and re-bookings are nice, but this is what you live for. I’ve been blessed with such a special moment I would like to share with you.

My song “Ghost Town” was used on an episode of last season’s Dance Moms on Lifetime. It aired for 2 million people in the US (about 1.999 million more than my gigs are usually for, so let’s just say it was pretty awesome!) Fan videos, downloads and streaming royalties have followed, but what I’m most excited about paid exactly 31 cents:

My first sale in South Africa.

Why the heck does this matter when it doesn’t even round up to a buck? Because I somehow managed to get a relatively political song onto a mainstream TV show that was later re-broadcast in a country once known for apartheid. The dance routine set to the song was called “They Don’t Want My Kind Around” and portrayed a fallen angel of sorts that society had devalued. And someone in another part of the world was moved by it. I will always be thankful to the show for helping me be part of an artistic moment that will hopefully empower underdogs well… everywhere!

You can watch Lifetime’s clip here:

Or check out this moving fan video of a home dance clip from the US:

And remember: when you dream… dream BIG.