I can fit my life's work in one envelope 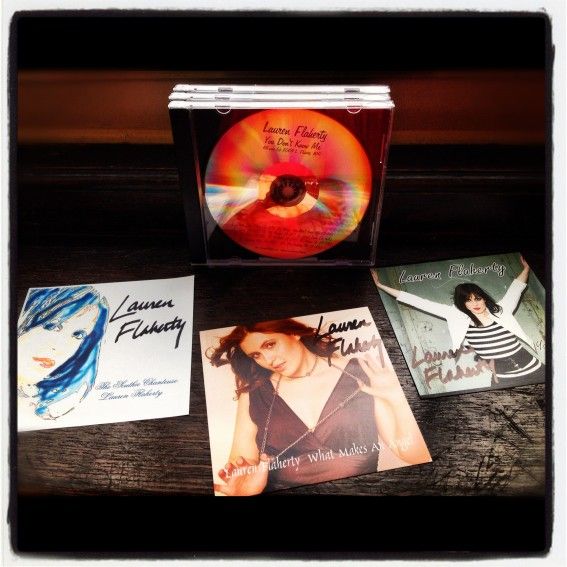 A slightly terrifying thought, but fairly convenient.  This is my odd way of thanking everyone who was kind enough to vote for me to perform on the E! TV show "Opening Act".  I greatly appreciate the time it took for everyone to create logins, vote multiple times, write me encouraging notes and even plug my music to their friends.  While in-person cattle calls can be brutal and battles of the bands aren't my style, I was very touched by the outpouring of support everyone offered for this particular contest.  Although I wasn't selected, it was super fun to hold my own little raffle to select the fan mail prize pictured above, carefully drawing a name of a fan who voted out of a large box.

Those three CDs are my life's work.  They represent years of struggle and sacrifice and a whole lot of teaching voice lessons to pay for studio time, at least to me.  Hopefully, they represent good driving music or a favorite ballad to everyone else.  But to me, they are the manifestation of everything I've learned about music, sung and written- and they're small enough to fit in one envelope!  What an unnerving thought- especially considering how digital copies would be even less tangible.  Facing this reality is probably a veiled way to ponder my mortality... OR AN EXCUSE TO START A FOURTH RECORD ASAP!  ;)